What is Annual Recurring Revenue (ARR)? 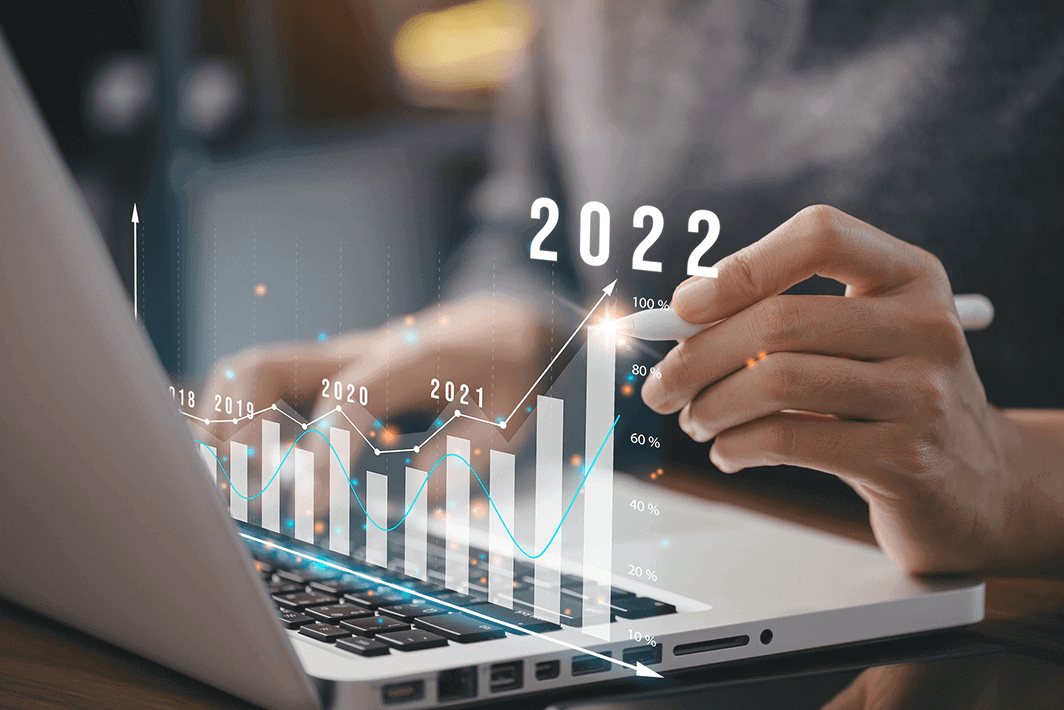 “How much ARR will your existing customer base generate this year?”
“How does ARR translate into revenue?”
“What is your ‘go-get’ ARR?”
“Is there any seasonality to sales?”

These are questions our clients hear on a near-daily basis from private equity firms and strategic buyers alike.

Though most software founders and executives are likely to already have a deep understanding of their businesses and what goes into maintaining them, we find many are still learning the specific terminology frequently used by the majority of SaaS investors and buyers. Specifically for the KPIs of revenue growth, the vocabulary being thrown around can get convoluted quickly since so many terms are interchangeable or closely related.

At the forefront of the many questions SaaS companies have is the concept of ARR, or Annual Recurring Revenue. For companies operating on a subscription model with customer contracts that last at least one year, this valuation metric comes into play quite often and can become especially perplexing. Moreover, change in ARR influences customer renewal, attrition, and churn rates, so your knowledge of what it is and how it works is important to calculate your future growth.

Understanding how to define, calculate, and employ ARR can help answer any questions you may have now or will have down the line. Let’s dive in.

ARR is annual recurring revenue from subscriptions. It is a key metric for SaaS companies with term subscription agreements. In other words, this valuation metric is for companies that have a defined length of their contracts.

SaaSOptics defines ARR as “the value of the contracted recurring revenue components of your term subscriptions normalized to a one-year period” and refers to it as being used primarily in B2B subscription businesses.

It is a metric typically used by companies with agreements spanning multiple years instead of just one. ARR gives a broad view of a company’s progress rather than a narrow, short-term view like MRR would (see below). Unfortunately, contracts with unusual lengths, like three-and-a-half years or 15 months, might make this metric a little tougher to use.

But what does ARR mean in the context of calculating growth for SaaS businesses? Before we move on, we need to define some alter egos and significant components of ARR.

It’s no secret that the world of finance is riddled with jargon, and ARR has many similar-sounding aliases. We’ll outline a few terms often associated with ARR to demystify the concept:

The main difference between ARR and MRR is the length of time they cover. MRR essentially measures the same thing ARR does, recurring revenue, over a briefer period of time – monthly instead of yearly. Put simply, ARR is your MRR multiplied by 12. That’s right! It’s not too good to be true, just a simple multiplication problem. Think of MRR as a short-term evaluation tool while ARR is a long-term way to measure.

Unlike ARR, MRR is typically used in B2C, not B2B, subscription businesses. Both, however, can be vital metrics for your business. ARR, while a complex concept, can be calculated using a simple formula:

ARR = $ from Annual Subscriptions + $ from Expansion Revenue – $ from Churn

(And just FYI: expansion revenue comes from customers upgrading or purchasing add-ons for their subscriptions. We’ll discuss one-time purchases in a moment.) To figure out the ARR for a specific customer, use this formula:

Let’s revisit the terms we introduced above. They are crucial to understanding the difference between calculating ACV, ARR, and revenue.  Keep in mind that many of them are used in place of one another, but they’re not all exactly the same.

For example, if a company wins and bills a new customer in January worth $1 of MRR, that $1 would be repeated across all 12 months of the year, translating to $12 of ACV, $12 of ARR, and $12 of revenue for the year. Easy, right? Not exactly…

Customers flow into the sales pipeline, are booked, then are billed consistently throughout the year. In a mathematically perfect world, you’d book all of your new customers for the year in January and start billing those customers immediately, let’s say on January 1.

However, since this is likely not the case and your customers will be subscribing on a rolling basis, your revenue recognition and projections will be affected. On that note, we can come back to MRR. Due to the time it takes to recognize revenue from a new booking, the more MRR a company bills during the beginning of the year, the higher the end of year revenue.

Now let’s say that the same company books $12 of ACV in July, and there is a 3-month time from booking to commencing monthly billings (i.e., time for implementation, etc.). This translates into $12 of ACV in July and $12 of ARR in October, but only $3 of revenue at the end of December. This table shows the difference between each of the metrics: 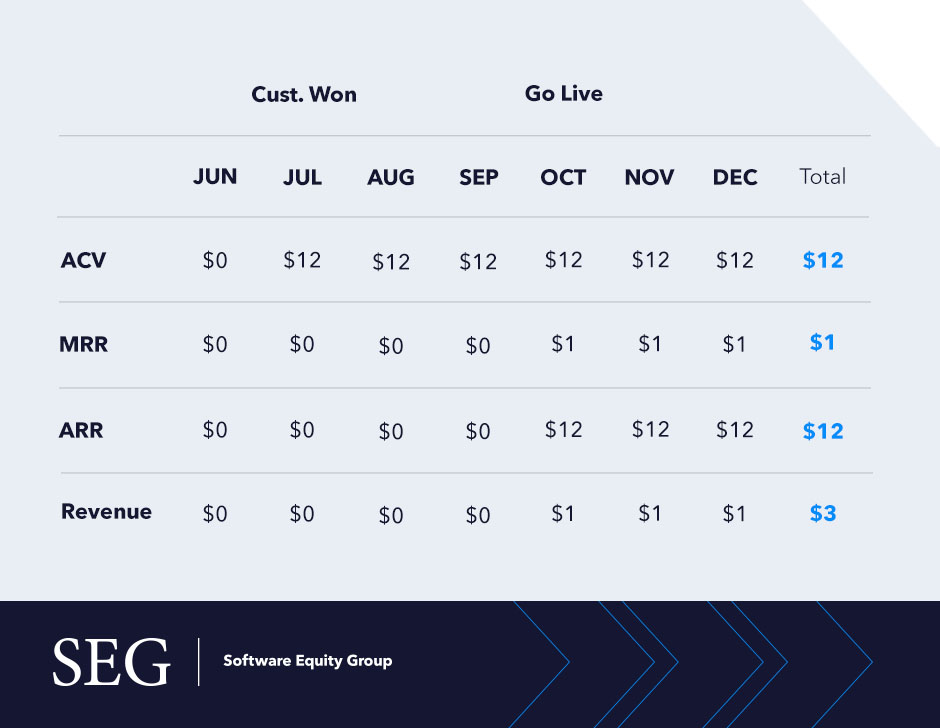 These factors can make a huge difference in explaining a company’s performance. A company with strong customer sales that presents ARR instead of ACV will lose the opportunity to show off, and possibly get credit for, the new customers yet to be billed.

When (and Why) to Use ARR

ARR can be a useful metric when evaluating and preparing for a company’s growth. The Corporate Finance Institute outlines three distinct ways ARR is one of the best metrics for subscription-based companies to use when scaling:

ARR is a great way to contextualize revenue growth because of its ability to assess what parts of your subscription model are doing well. The KPI allows you to clearly see the influence of new customers and cancellations, whether customers are purchasing downgrades or upgrades for their subscriptions, and if they are purchasing one-time add-ons.

ARR is a comprehensive formula to serve as a baseline for your company’s continued growth.

Software Equity Group is committed to providing unparalleled M&A advisory services to emerging and established software companies worldwide. We often provide informal strategic guidance and advice to business owners in the years preceding a liquidity event. Please contact us with any questions or to learn more.